Grand Opening ceremony of ML System S. A. in Zaczernie 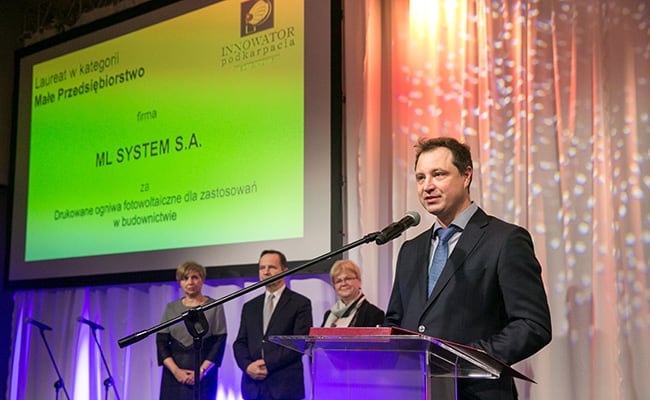 On 16th December 2015, held the XXVI Sub Carpathian Region Forum of Innovation, during which the prizes for this year’s edition of the competition “Carpathian Region Innovator”, were awarded.

The competition takes place on a regular basis – this year’s edition was organized by the Rzeszow Regional Development Agency, together with the Rzeszow University of Technology, under the Honorary Patronage of the Marshal and Governor of the Carpathian Region.
ML SYSTEM is pleased to announce that it has been awarded the title of “Carpathian Region Innovator” for the second time already. Previously – in 2013 in the small business category – for its Nofrost photovoltaic module solution. This year we were awarded in the same category for “printed solar cells for applications in the construction industry.”

Printed solar cells will be an appealing alternative for all current photovoltaic technology through the possibility to choose the pattern, color and transparency. They form the basis for the construction of the so-called. "Panes that give electricity". 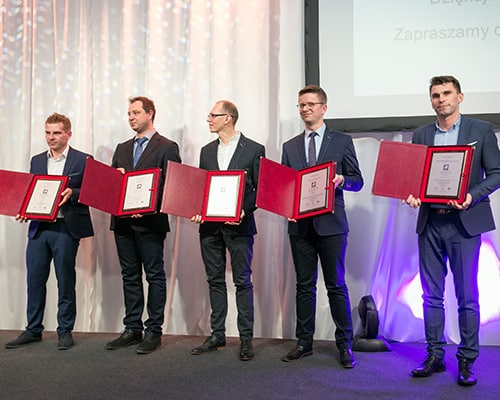 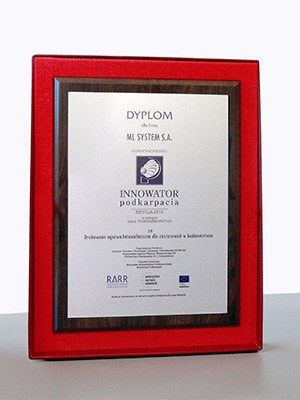 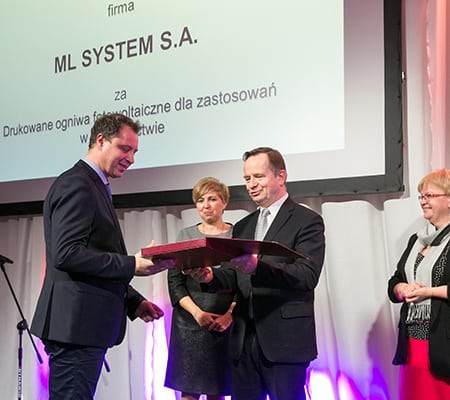 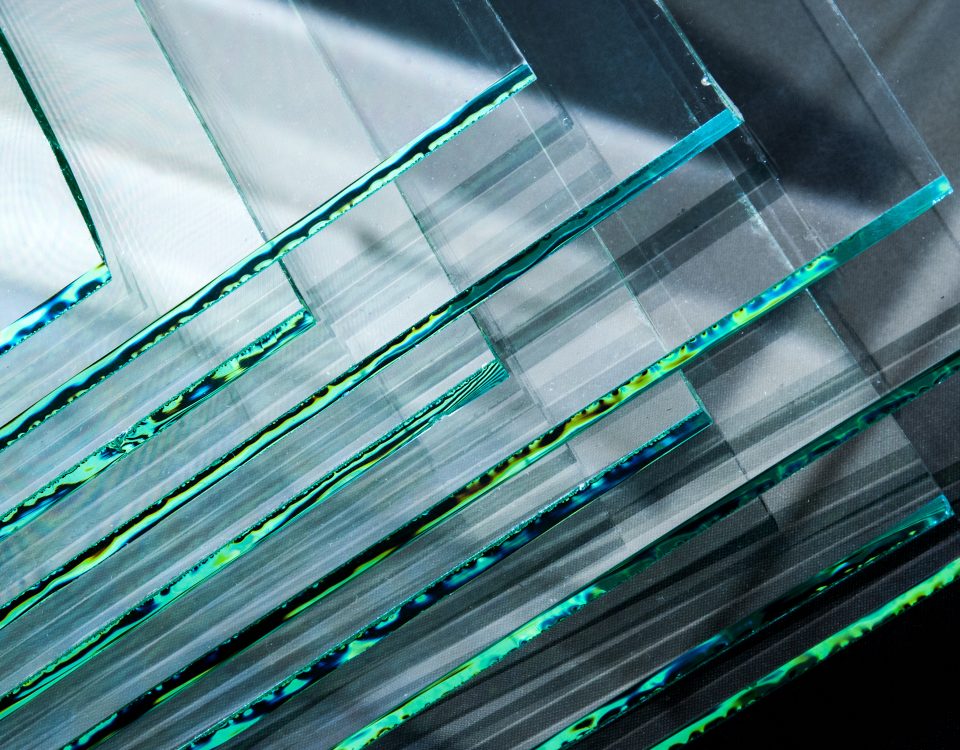